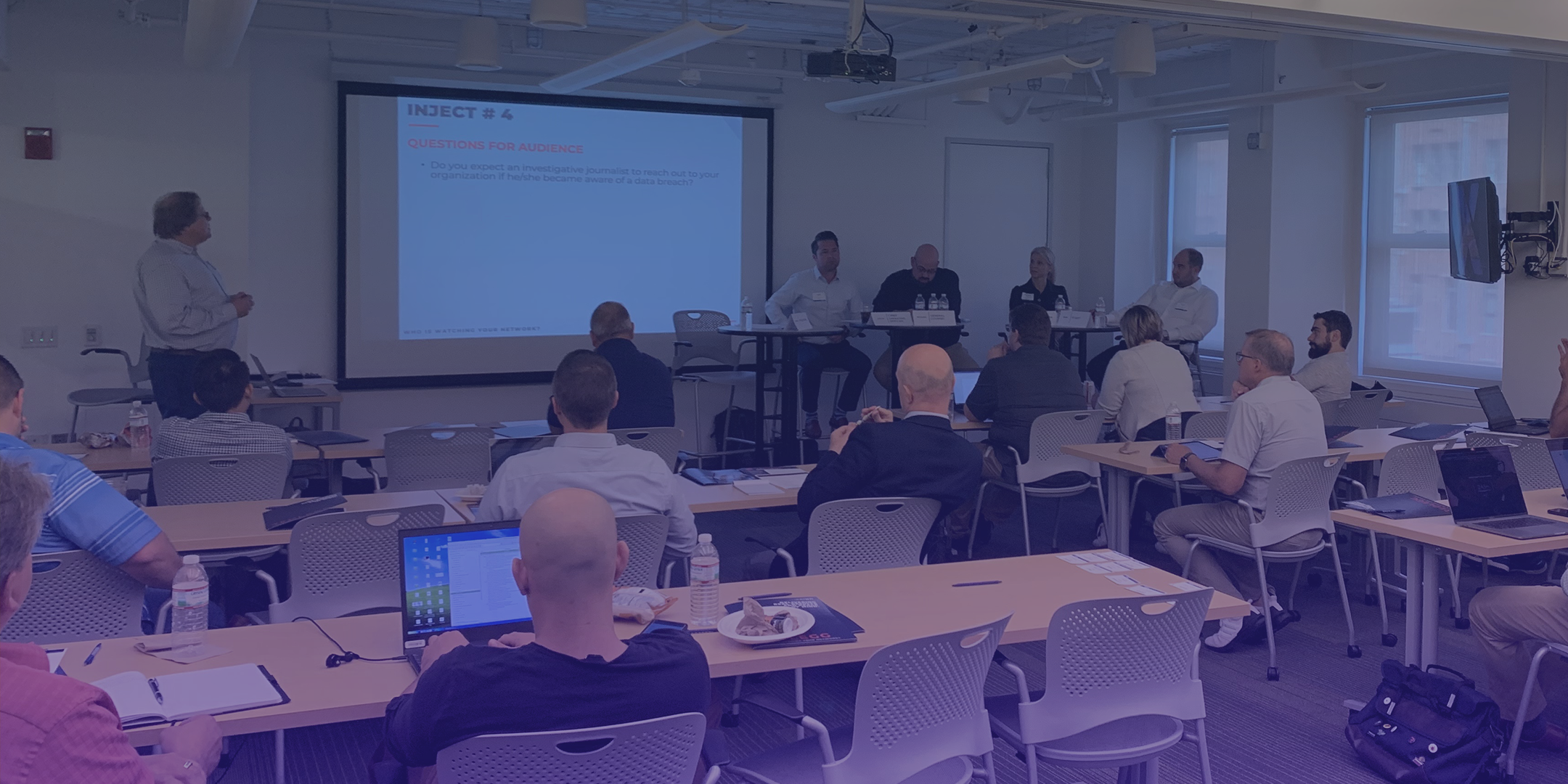 The goal of the workshop was to show an example, or demo, of a real-life tabletop exercise applied to an organization. The Director of RedLegg's Advisory Services, Andrey Zelenskiy, shared his knowledge from facilitating tabletop exercises across industries and verticals while providing a walk-through of the exercise itself.

The workshop was presented by RedLegg’s Director of Advisory Services and a few others from the RedLegg team acting as leaders in their fictitious organization, created just for the event...

At the end of the workshop, RedLegg's incident response and prevention team, 96Bravo, gave a short presentation as well.

According to feedback from both attendees and presenters, the talks facilitated informative discussion for both parties and the demonstration was a success. Attendees took away a number of application points and techniques that they could implement in their own organization's tabletop exercises.

Although we had hosted a webinar on DIY Tabletop Exercises and have published sample tabletop scenarios, seeing one live and in-action brought the exercise, and its real-world application, to life.

RedLegg would like to thank all who attended and all who plan to attend additional workshops in the future!

Join us in our upcoming events – Learn new things, compete with your colleagues, and meet some new faces this July!